Grumps: The Earth has been warming due to human activity. If dramatic changes aren't made, a tipping point is likely to be reached, after which point, human life on Earth becomes catastrophically more difficult.

Optimist: It's more likely that the warming will be less dramatic and that no tipping point will be reached.

The scientific consensus on climate change is generally accepted to be produced by the United Nations' Intergovernmental Panel on Climate Change (IPCC). The latest report by the IPCC, published in 2013 and 2014, is made of three parts: physical science (working group 1 20), impacts (working group 2 21), and mitigation (working group 3 22).

The predictions of warming beyond 1.2°C (1.5°C to 4.5°C) are based on climate models that simulate feedbacks to climate change 24. Unlike previous IPCC reports, the latest report does not even give a best estimate "because of a lack of agreement" and sensitivity to "observational and model uncertainties, internal climate variability and to assumptions about the prior distribution of ECS [(equilibrium climate sensitivity)]." 24 The observed warming more closely matches the more optimistic models (i.e. lower feedback/climate sensitivity): "... estimates derived from observed climate change tend to best fit the observed surface and ocean warming for ECS values in the lower part of the likely range." 24

Therefore, it seems more likely that the warming will be less dramatic and that may explain why currently observed temperature trends are on the low end of IPCC model predictions 4:

Grumps: Even moderate warming will have dramatic effects.

Optimist: Moderate warming will have many positive benefits (in some estimates, exceeding the costs), and a temperature rise up to 2.5°C may only lead to up to 2% aggregate economic loss.

Estimates agree on the size of the impact (small relative to economic growth) but disagree on the sign... Climate change may be beneficial for moderate climate change but turn negative for greater warming. Impacts worsen for larger warming, and estimates diverge... Globally aggregated economic impacts of global warming are a small fraction of income up until 3°C [10.9.2, medium evidence, high agreement]. A global mean average temperature rise of 2.5C may lead to global aggregated economic losses between 0.2 and 2.0% of income (medium evidence, medium agreement) and losses increase with greater warming. Little is known about aggregate economics impacts above 3°C. Impact estimates are incomplete and depend on a large number of assumptions, many of which are disputable 5.

There is medium confidence that globally the length and frequency of warm spells, including heat waves, has increased since the middle of the 20th century.

It is likely that since 1951 there have been statistically significant increases in the number of heavy precipitation events.

There continues to be a lack of evidence and thus low confidence regarding the sign of trend in the magnitude and/or frequency of floods on a global scale.

There is not enough evidence at present to suggest more than low confidence in a global scale observed trend in drought or dryness (lack of rainfall) since the middle of the 20th century, owing to lack of direct observations, geographical inconsistencies in the trends, and dependencies of inferred trends on the index choice. Based on updated studies, AR4 conclusions regarding global increasing trends in drought since the 1970s were probably overstated.

There is low confidence in observed trends in small-scale severe weather phenomena such as hail and thunderstorms because of historical data inhomogeneities and inadequacies in monitoring systems.

It is unlikely that annual numbers of tropical storms, hurricanes and major hurricanes counts have increased over the past 100 years in the North Atlantic basin. Evidence, however, is for a virtually certain increase in the frequency and intensity of the strongest tropical cyclones since the 1970s in that region.

Confidence in large scale changes in the intensity of extreme extratropical cyclones since 1900 is low. 6

Grumps: There are so many recent examples of catastrophic extreme weather disasters. 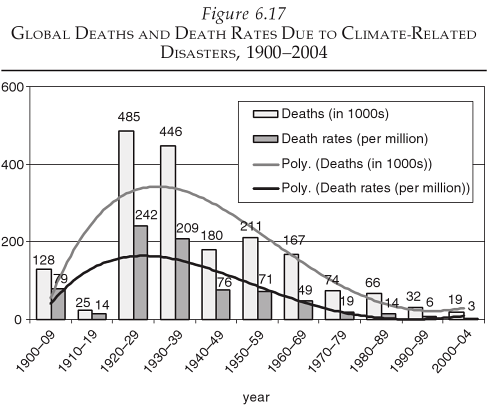 Optimist: The United States is an example where carbon emissions are decreasing as wealth increases 25. 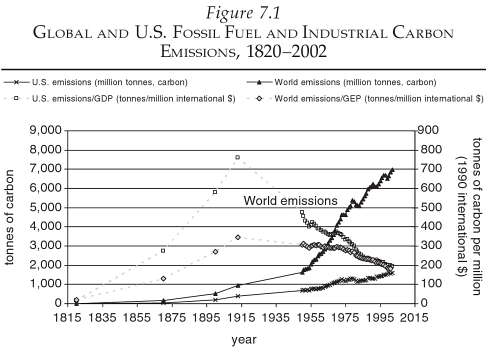 Grumps: The Earth is becoming less and less green.

Optimist: Globally, the Earth is greening, partly due to increased carbon dioxide.

Using a recent Leaf Area Index (LAI) dataset and the Community Land Model version 4 (CLM4)... over [the] 28-year period [1982-2009], both the remote-sensing estimate and model simulation show a significant increasing trend in annual vegetation growth... CO2 fertilization during the last three decades was simulated to be the dominant cause for the enhanced vegetation growth. 7 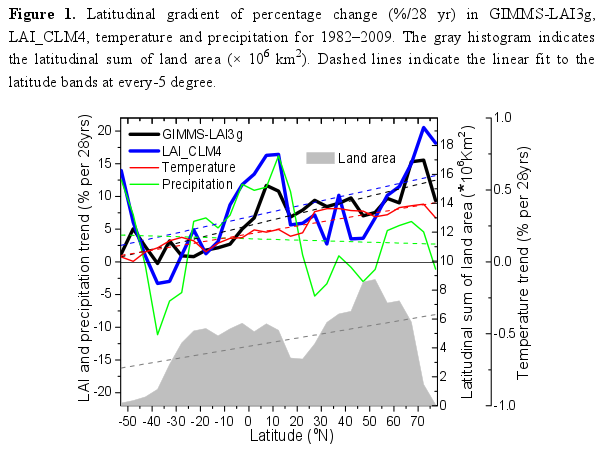 Satellite observations reveal a greening of the globe over recent decades. 8

Grumps: Forests are being destroyed.

Amid widespread reports of deforestation, some nations have nevertheless experienced transitions from deforestation to reforestation... Among 50 nations with extensive forests reported in the Food and Agriculture Organization's comprehensive Global Forest Resources Assessment 2005, no nation where annual per capita gross domestic product exceeded $4,600 had a negative rate of growing stock change.

If humanity causes an environmental impact... [and] the impact increases with GDP at low incomes but then decreases at higher incomes, the result is said to follow an environmental Kuznets curve... Evidently, the tendency of nations to work toward higher GDP and measures such as good governance that raise GDP do not uniformly shrink forests.

Deforestation does continue in about half of the 50 nations with most forest. However, 36% of the 50 increased forest area and 44% increased biomass. Without depopulation or impoverishment, increasing numbers of countries are now experincing transitions in forest area and density. Although complacency would be misplaced, insights provided by FRA2005 and the Forest Identity provide grounds for optimism about the prospects for returning forests. [9][9] 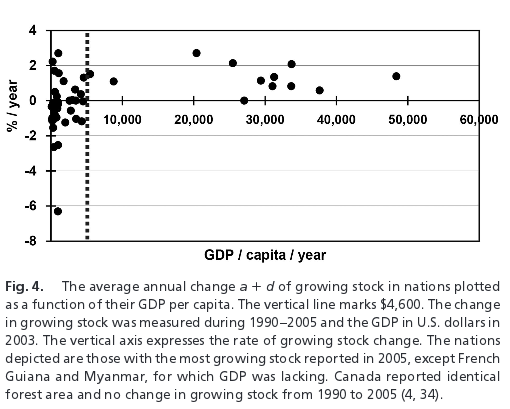 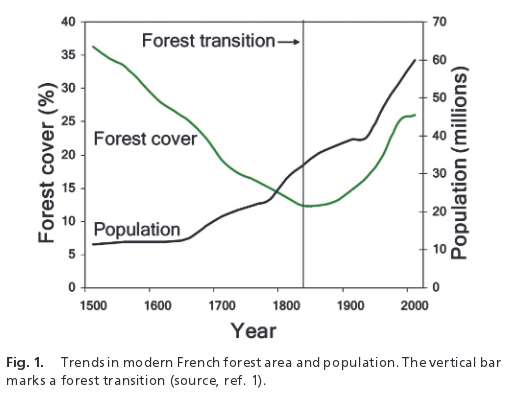 Optimist: Farm land per person is decreasing due to increased farm productivity 25. 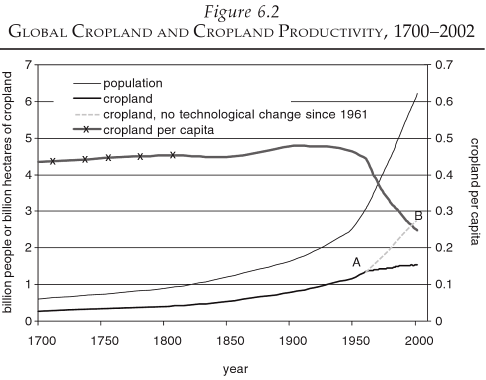 Grumps: Humans are destroying the air with increasing pollution. 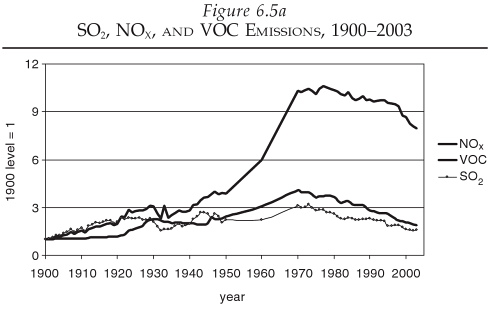 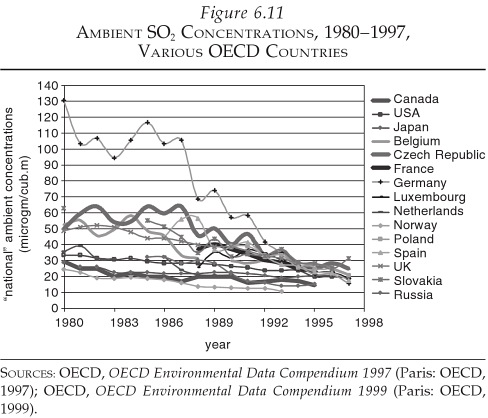 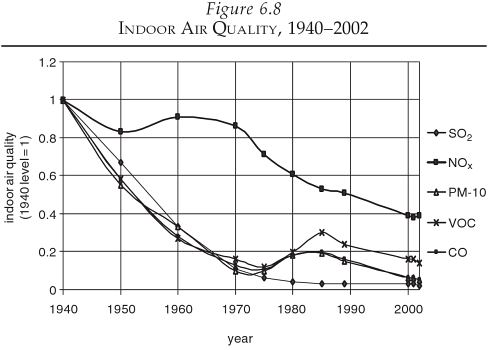 Optimist: There is no evidence that fracking contaminates groundwater and the largest earthquake likely caused by fracking was magnitude 3.8. Fracking is better for the environment than other fossil fuels such as coal and oil because it converts more efficiently to electricity.

It is not physically plausible for induced fractures to create a hydraulic connection between deep black shale and other tight formations to overlying potable aquifers, based on the limited amount of height growth at depth and the rotation of the least principal stress to the vertical direction at shallow depths. Therefore, direct hydraulic communication between tight formations and shallow groundwater via induced fractures and faults (e.g., as suggested by Myers [2012], Rozell and Reaven [2012], and Warner et al. [2012]) is not a realistic expectation based on the limitations on fracture height growth and potential fault slip. 12

Our analysis and literature review indicate that where upward flow occurs, both permeability and flow rates are low, and therefore, timescales for transport are long. Overall, the rapid upward migration scenarios that have been recently suggested (Rozell and Reaven 2012; Myers 2012; Warner et al. 2012) are not physically plausible. 13

To my knowledge, I still have not seen any evidence of fracking per se contaminating groundwater. 14

Grumps: Our water use keeps going up.

Optimist: Water withdrawals per year have reached a peak in the United States even whilst population and the economy have continued to grow 16: 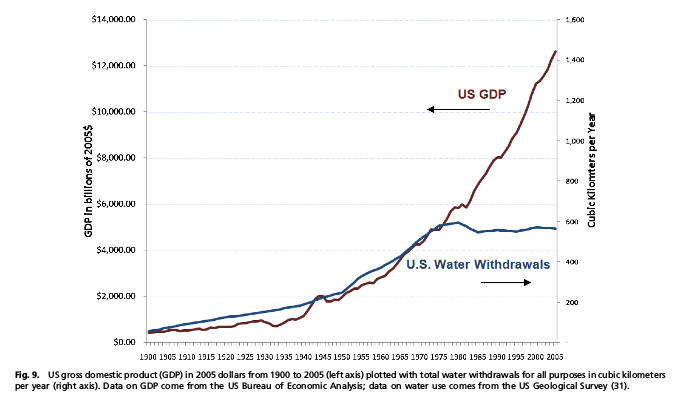 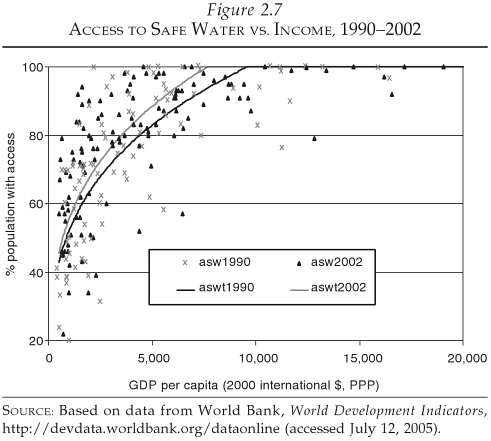 For example, death rates for various water-related diseases in the United States has declined dramatically as wealth increased 25. 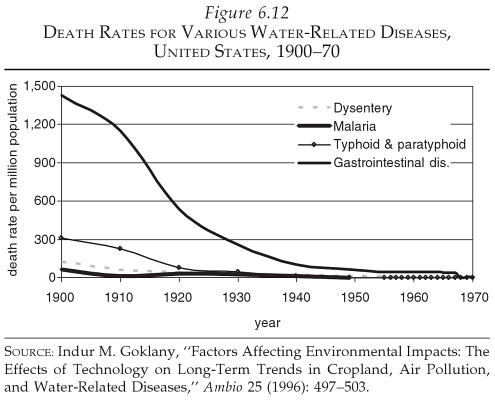 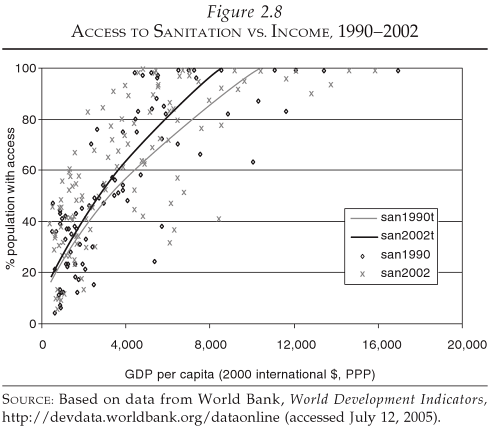 Grumps: Natural disasters are catastrophic examples of our human frailty.

Optimist: The death and destruction of natural disasters are catastrophic but they can also bring together otherwise alienated communities.

The storm helps us to reconnect with other people too. At normal times, we can’t presume what is on their minds, but now we have a ready-made point of connection and communion with just about anyone. Normally our impressions of what other people are like, largely formed by news bulletins, can inspire the conclusion that everyone must be either a murderer or a paedophile, but in the storm, it hardly seems that way; in fact, they show a proclivity for swaddling shivering dogs, serving soup to the stranded and pushing strangers’ SUVs out of flooded roads. Against the backdrop of gusting winds, the value of any fellow human is thrown into relief. Criteria for compatibility drop to the modest level at which they should perhaps always have been. As when we are drunk, it feels as though we could love anyone. 17

Grumps: Bees are a critical component of the environment and their populations are collapsing.

Optimist: The worldwide stock of beehives has increased 45% in the last 50 years and continues to increase up to the latest data in 2013 18.

The prospect that a global pollination crisis currently threatens agricultural productivity has drawn intense recent interest among scientists, politicians, and the general public. To date, evidence for a global crisis has been drawn from regional or local declines in pollinators themselves or insufficient pollination for particular crops. In contrast, our analysis of [United Nations'] Food and Agriculture Organization (FAO) data reveals that the global population of managed honey-bee hives has increased 45% during the last half century. 19

Grumps: The demand for various metals that drive modern economies will continue to increase.

Optimist: There are no signs of supply problems as shown by prices relative to wages 25. 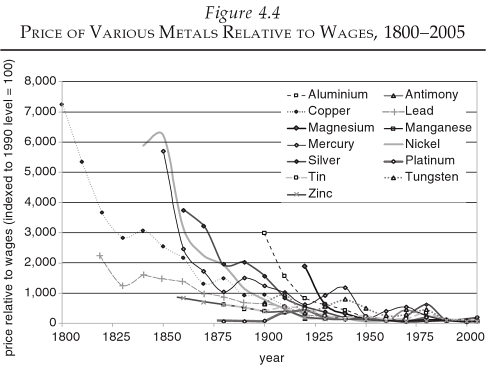